The collective sale market here is powering ahead with the sale of privatised HUDC estate Eunosville for $765 million – the second-highest price ever for such a property.

The site has been sold to a Jardine Matheson Group unit, MCL Land, at a price well above expectations.

It is the fourth successful collective sale this year amid recovering sentiment and developers’ optimism over residential property.

The price for Eunosville, near Eunos MRT station, is the second-highest achieved in the collective sale of a privatised HUDC project, after Farrer Court sold for about $1.34 billion in 2007, marketing agent OrangeTee said yesterday. It was the estate’s second try at a collective sale after an unsuccessful bid in 2013.

The price represents a premium of more than 17 per cent over the $643 million to $653 million the owners had asked for when the site was launched for tender in April.

“The primary home sales market has also seen marked improvements, and developers are starting to make strategic acquisitions of land to position themselves for a recovery of the market,” noted Mr Marcus Oh, executive director of business solutions at OrangeTee.

Mr Oh told The Straits Times that the tender for the 376,713 sq ft site with wide frontage onto Changi Road and Sims Avenue attracted competitive bids from eight bidders.

The sale price, with the addition of an estimated $194 million in extra government charges, works out to a land rate of $909 per sq ft per plot ratio. The charges are payable to the state to intensify land use to a gross plot ratio of 2.8 and to top up the lease to a fresh 99 years.

Continue reading on The Straits Times

Fill up the form on the right and get a copy of Parc Esta Condo Price, E-Brochure, and Latest Updates! 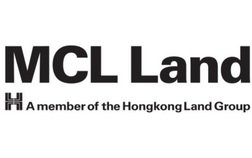